Growing up in North Hollywood, CA, it would make sense if a kid wanted to be an actor. Or a director. Or even a Hollywood agent. What may not have been on many short lists, at least not before “Garage Band,’ was writing music scores for films. Although, as a child, that may not have been clear to composer/songwriter/producer/pianist Denise Gentilini either. What was clear though was that Denise always had a passion for music. When she was 8, her father came home with an organ for the family and Denise sat down and began to play. She never had lessons, nor did she know how to read music, but she had the gift of being able to play whatever she heard, note for note.  As a big fan of Carly Simon, she would hear her songs just once and not only be able to play it, but sing it too. At age 9, Denise started to compose her own music in the vein of Carly - longing for love well before Denise could really understand what that meant. However, as she got older, those emotions became real to her, especially as a gay teen; her songs of loss and heartache came from a real place.

In school, Denise thought she’d focus on athletics, but an injury sidelined her dream of playing women’s basketball, paving the way for her to concentrate on music. Studying piano in college, Denise finally learned to read music, and was pleased to now have both skills in her tool kit. “You can learn music, but you can’t learn to play by ear, so I was happy to have the best of both worlds.”

By age 20, she’d formed a band that played original music, much of it written by her. “I played a lot of clubs in the Valley and Los Angeles. I loved seeing people’s immediate reaction to my songs. I did a lot of performing then –I was in two different original bands and one that did country music covers.” While playing out, Denise kept composing and writing songs, deciding to take some film scoring classes at University of California. “I had always written instrumentals, and was drawn to how much music could enhance a movie scene. I also realized I had no idea how to orchestrate, which was a problem when the first piece I had to write in my film score class was for an orchestra; I realized I had a lot of learning to do. “

Determined, Denise took the opportunity to create her own in-home studio where she could continue to work on her scores and original songs while also producing and writing with some independent music artists. In the late 90s, she released her first CD of original music, The Journey, which was all instrumental except for one vocal track, “A Road Less Traveled.” A move to Denver several years later turned out to be a game-changer. “In Los Angeles, I was a small fish in a very big pond, but in Colorado, I was a bigger fish in a small pond. I immersed myself in the music scene there and connected with people right away.” Denise began working with LS Productions to compose Telly Award winning scores for clients that included Girl Scouts of America, The National Pain Foundation and Camp to Belong. By the early aughts, Denise had both scored and produced The Handjian Story: A Road Less Traveled, a documentary about her grandparents who, as children, had witnessed the genocide committed against the Armenians by the Turks. The film won Best Film score and Best Feature Documentary at the Moondance International Film Festival. In 2007, The Handjian Story: A Road Less Traveled aired regionally on Rocky Mountain PBS and Denise won a Heartland Regional EMMY® award for film score (musical composition/arrangement). Denise realized that she worked best as a composer when she composed with intent. “I write songs with purpose. Somebody once said to me that my music is filled with grief, and I attribute that to two things: being the grandchild of genocide survivors and being a gay woman. Activism is in my DNA.”

Denise produced and performed in We Are Voices ‐ For A Future Without Genocide, a concert at The Newman Center for the Performing Arts at the University of Denver. The show, which Denise wrote, was a true spectacle, with 4 lead vocalists, a 21-piece orchestra, an 11-voice choir and a 6-piece band. As an educational aspect, prominent Denver social activists spoke on genocide awareness. It was filmed and aired on Rocky Mountain PBS earning her another Heartland Regional EMMY® award for audio. She would win her 3rd Heartland Regional EMMY® for scoring the documentary Conviction, about three Dominican nuns who broke into a nuclear missile silo in Northern Colorado to protest our weapons of mass destruction.

Keeping to her promise of intent, her other film scores include Breaking Through, a documentary about openly gay candidates running for political office, Faces of Santa Ana (winner, Best Film Score, Los Angeles Short Film Festival), a short film about an artist who would paint, and sell, portraits of homeless people and then use the money to help them get back on their feet, and Surviving the Silence, about two closeted military women, one of whom is forced to expel an army colonel for being a lesbian.  She won a 4th Heartland Regional EMMY® award for musical composition/arrangement on The Little Things, an original song Denise co-wrote and performed which harkens back to those late 80s/early 90s songs that you might hear in a romantic film.

Because Denise has built a studio in her home in Colorado –this time it’s just for herself – and she DID learn to orchestrate those years ago in college, she finds that she works best on her own as she can replicate all the sounds she needs. That’s not to say she doesn’t enjoy some musical companionship every now and again. “I like to challenge myself to do something different. For instance, I composed a piece for my neighbor, a retired cellist who played with the National Symphony Orchestra in Washington, D.C. He loved it so much, he asked me to perform it with him.”

Denise continues raising awareness through composing. She co-wrote “Courage said I Can” for Judy Shepard, mother of Matthew Shepard, who was brutally murdered in 1998 for being gay. She composed “I Chose You,” a song about autism for the Colorado Children’s Hospital and “Barefoot and Wild,” a song about gun safety and children. For the past 7 years Denise has worked on a musical, I Am Alive, about her grandparent’s story, which she and her wife have produced. While it may not have been a straight path, Denise found her calling and succeeded in a way that has surpassed her wildest dreams.

“I like to think my music has a purpose, that it’s important. Someone once told me I was a voice for the voiceless. I want to be part of a solution. I speak for them through my music.” 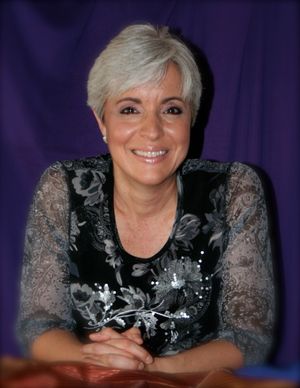